Home > About MRC > Support Our Research > Earl R. Wilson
Back to top 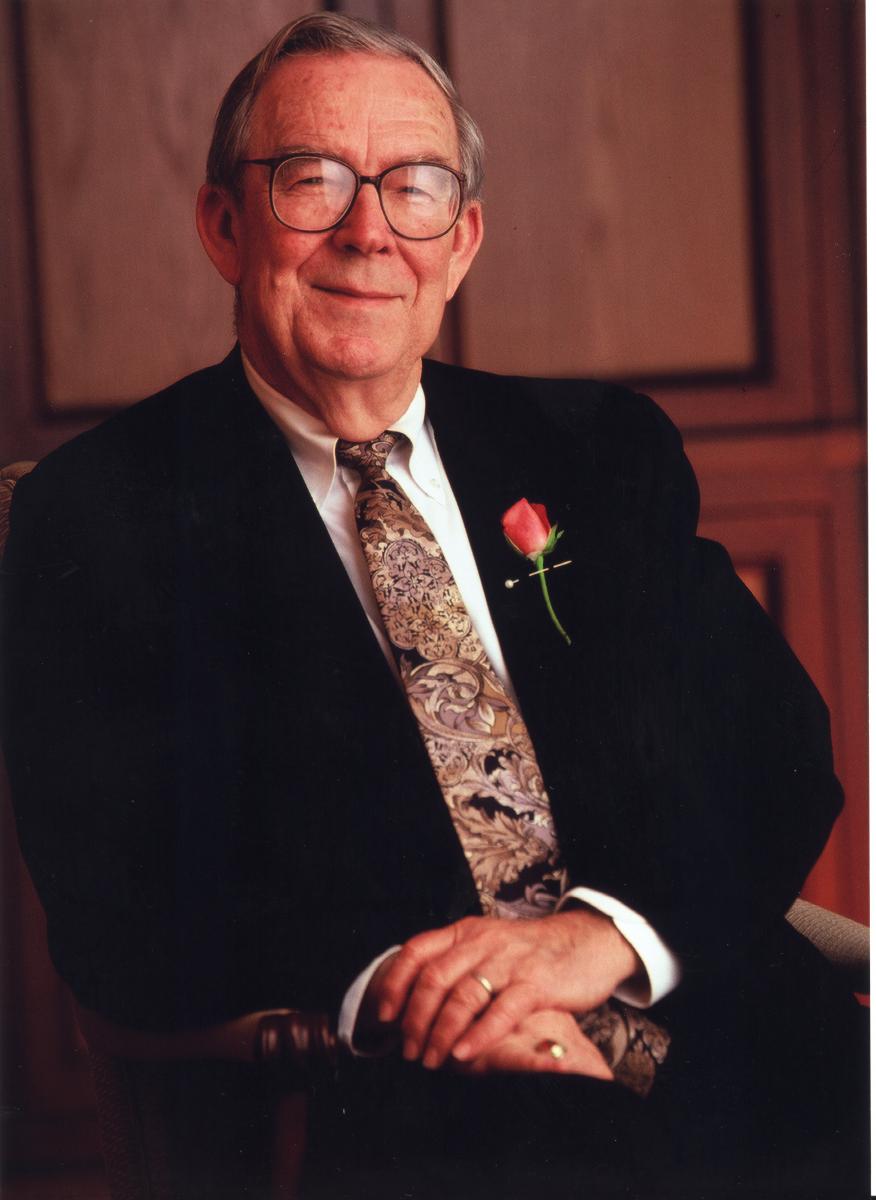 Every dream fulfilled begins with someone who sees a need, imagines a solution and works tirelessly to bring that vision to life. For Methodist Rehabilitation Center, that dreamer and doer was Earl R. Wilson – the hospital’s founding chairman and head of its' Board of Trustees for the first 25 years (1975-2000.)

The Wilson Research Foundation, is a 501(c)(3) nonprofit org established in 1989 with a generous gift from the H.F. McCarty Jr. Family. the Foundation is the rehab center's fundraising arm, and Mr. McCarty asked that it be named to honor the legacy of Earl and his wife Martha Lyles Wilson.

Earl knew firsthand how families are affected by a loved one’s disabling injury or illness. His own father suffered a stroke at a young age, and his struggles opened Earl's eyes to the appalling lack of rehabilitation services in Mississippi at that time. As he traveled the state as a businessman, Earl saw his family’s predicament repeated everywhere, victims of devastating stroke, brain and spinal cord injuries languishing at home who could benefit from intensive rehab or assistive technology. This nurtured a vision that became a guiding force for his philanthropy and service.

Earl was a key lay leader of the Methodist Conference of the United Methodist Church. The Conference sponsored the initial incorporation of Methodist Rehab Center in 1967, establishing Earl as chairman. Earl worked tirelessly on the project, building coalitions and finding funding for the new nonprofit hospital, a beautiful demonstration of his faith as a committed Methodist. After eight long years of planning and construction, the center opened in 1975. The result is a nationally recognized rehab and research center that serves Mississippi and the region. Earl's proudest moment came shortly before his death in 2000 when Methodist Rehab was named one of America's Best Hospitals by U.S. News & World Report. He was, and remains to this day, Methodist Rehab Center's heart and soul.

Thanks to our generous investors, the Wilson Research Foundation has raised millions of dollars for meaningful research, technology and advanced education for Methodist Rehab Center clinicians. Leading the way in giving are the Wilson family members, who have been collectively recognized for exceeding $1 million in giving. With other major gifts and public support coming to fruition, the Wilson Research Foundation has established Methodist as a center of excellence, restoring ability and hope - not only for our patients - but for people around the world helped through our published discoveries.