Published on April 26, 2022
By Susan Christensen 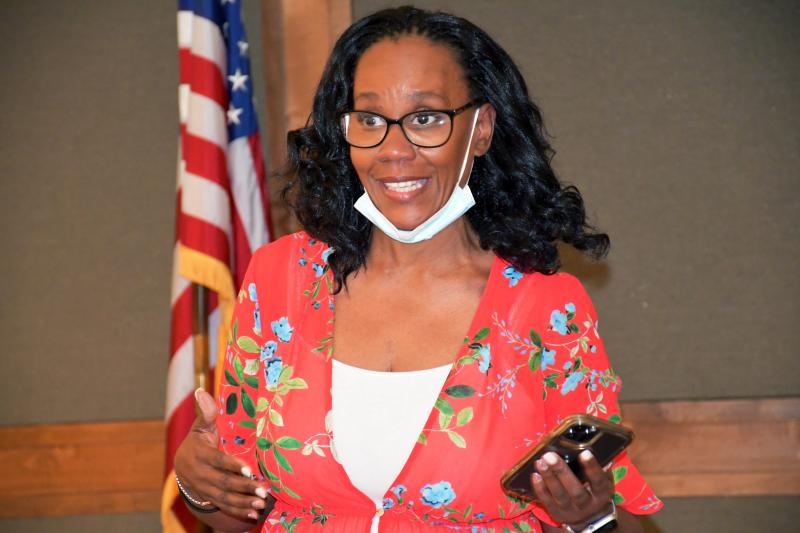 Faith Martin addresses a group of stroke survivors at a recent meeting of the Citywide Stroke Support Group at Methodist Rehabilitation Center in Jackson. In 2015, the fitness instructor spent a month recovering from a stroke at MRC. 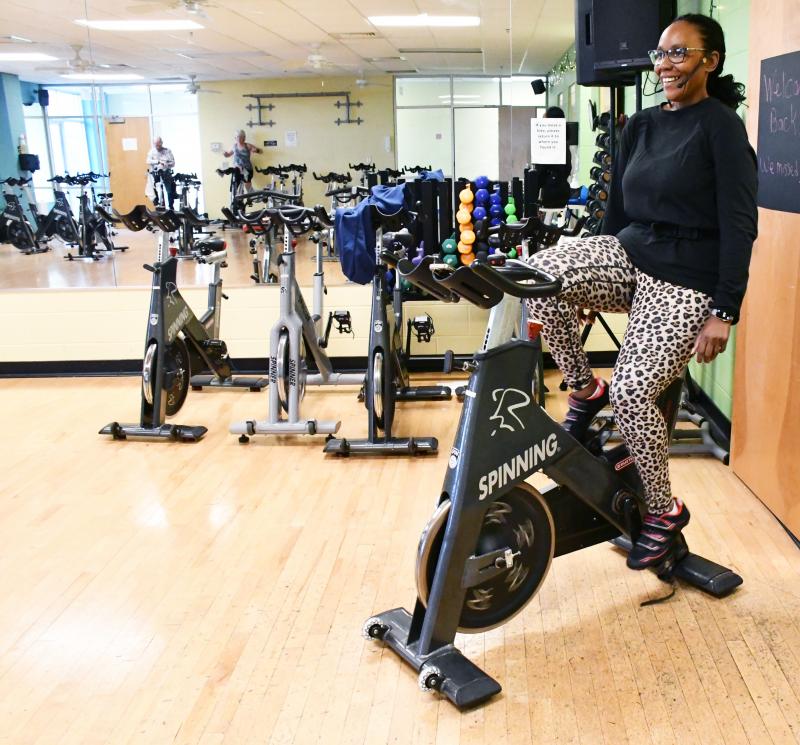 Astride a stationary bike, strapped into a Pilates machine or sweating it out with boot camp diehards, 51-year-old Faith Martin is a model of fitness as she teaches classes at the Flowood YMCA.

So her students might be surprised by her recent appearance at a Citywide Stroke Support Group meeting at Methodist Rehabilitation Center.

It’s hard to imagine she once spent a month at the Jackson hospital, fighting to recover from a near fatal stroke.

“How well she’s doing now is inspiring,” said MRC Nurse Educator Pam Everett, who invited Martin to speak to the group. “It has been my experience that people are really interested in someone who has been through a stroke.”

Particularly one who’s made such a striking comeback.

“She is truly a miracle,” said Martin’s mother, Mae Jones. “Her brother said she should be in a medical magazine.”

Martin never anticipated having a “brain attack.” She was only 44 and taught six fitness classes a week. “I’d never been sick, and all of a sudden out of nowhere it happened,” she said.

The California resident was visiting family in Jackson when she fell ill in the summer of 2015. She blamed it on Fourth of July margaritas—until a second trip to an ER sent hospital staff scurrying.

“They had all my family come, they didn’t think I was going to make it,” Martin said.

Martin was not a typical stroke victim. Her problems were linked to sepsis, which happens when an infection triggers a sometimes deadly chain reaction throughout the body. As a result, Martin suffered several mini strokes and underwent open heart surgery to replace a shredded valve.

On Sept. 30, 2015, she moved to MRC to begin its stroke recovery program. The hospital served 463 stroke survivors that year and only 47 were in their 40s like Martin.

Martin was initially devastated by her plight. Fiercely independent, she struggled with relying on others for the most basic tasks. She even told her mom: “I don’t know if I want to do this anymore.”

But when her mom questioned whether she was willing to leave her children-Michael, 15, and Joy, 25—Martin decided it was time to listen to the stroke experts at MRC.

“I couldn’t walk yet,” she said. “But my therapist said: ‘You’re young, you’re going to have to want to get up to walk.’ I said I do, and it started from there. I tell people, if something is wrong, Methodist is the place you need to be. I feel like they saved me.”

As Mississippi’s primary destination for inpatient stroke rehab, MRC offers a program that addresses the varied effects of stroke—from one-sided paralysis and impaired speech/language to vision problems and memory loss.

By the time she left inpatient care, Martin had made good on her goal to walk out—albeit with the help of a rolling walker. Still, she had bigger ambitions. “My goal was always fitness. That is what my normal is,” she said.

Martin continued her recovery at Methodist Outpatient Therapy, followed by a stint at MRC’s Quest program.

Quest is a comprehensive outpatient program for people with brain, spinal and other neurological injuries who wish to return to work, school or community life. And it’s particularly important for young stroke survivors like Martin who are in the prime of their lives and need the skills to reclaim their careers.

The program focuses on improving organization, communication and problem-solving skills, as well as overcoming physical impairments. Each participant is initially evaluated by a physical, occupational and speech therapist, with neuropsychology evaluations available when needed. Quest staff then designs and implements a therapeutic treatment plan to address cognitive and physical limitations and identify achievable goals.

“Once I got home, the struggle was still there,” Martin said. “When you’re used to being a certain person, it’s difficult not to be that person.”

But she made it a point to keep progressing. She’d often go to a park to walk, determined to build up her strength and get back to her normal routine.

“My mom never let me give up,” she said. “She pushed me and gave constant encouragement. It was probably two years before I felt like myself again.”

Today, she doubts any of her students would believe her background. Most don’t even know she has a prosthetic eye as a result of post-stroke vision loss.

“The thing with stroke is it changes your life, but it doesn’t have to change who you are,” she told the support group members. “We had a stroke, but the stroke doesn’t have us.

“Some things I used to do, I still can’t. But you have to give yourself some grace and embrace your new normal. And remember to be courteous and kind to those trying to take care of you.”

Doctors could never tell Martin when or how the infection started that led to her sepsis. Now, she considers it just “part of her story” and she doesn’t dwell on it.

“I think God had to slam me down so I would live in the present and appreciate things I took for granted,” she said. “Being present for life is the No. 1 thing. Then everything else falls into place.”

The Citywide Stroke Support Group meets monthly at 2 p.m. on the first Friday of each month in the BankPlus Conference Room at Methodist Rehabilitation Center, 1350 E. Woodrow Wilson Ave., Jackson. Live and Zoom meetings are open to all stroke survivors and their families and are a collaborative effort between Methodist Rehabilitation Center, St. Dominic Hospital, Baptist Health Systems and the University of Mississippi Medical Center Stroke Center. For more information, call MRC Nurse Educator Pam Everett at 601-364-3575.